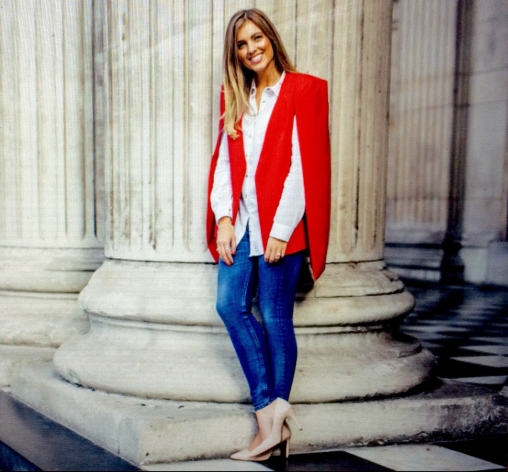 Last night I attended a coaching event for women in central London, hosted by Personal Performance Coach Mikaela Jackson. It was an intimidate affair, a coaching workshop made up of eight women including myself, who were encouraged to share our thoughts and experiences, particularly those which led us towards coaching.

Mikaela gently facilitated the workshop, which started with the group discussing some of our limiting beliefs (beliefs we have for ourselves, which may be holding us back from achieving our full potential). Examples of these can be things such as: ‘I fail at everything I do so I’ll probably fail if I try to start my own business’, ‘I can’t afford to make my dream happen’, ‘I’m not smart enough’, ‘I don’t have enough time’ or ‘my ideas aren’t good enough’. We also discussed our understanding of how our beliefs are formed and what evidence we are using to convince ourselves that these are true.

Looking at the evidence is interesting because when you start to unravel what this actually is and where it has come from, this often reveals how weak the evidence is, demonstrating that the belief has no real basis. Let me give you an example, if you believe you fail at everything, so will probably fail in your next venture, you are likely to have evidence to support that belief. Perhaps a mental list of all things you believe you’ve failed at. However, if you take the time to write down a list of all the things you remember ever accomplishing, you’re likely to find that you’ve actually achieved a huge amount and the belief you are choosing to hold (that you fail at everything) is actually wildly inaccurate. It may also be worth considering how you determine ‘failure’ but that’s another issue… I highlight the word choosing because Mikaela reinforced what I’d learnt previously, that despite what we think, we do have a choice about the beliefs we hold of ourselves.

We were then invited to consider what the impact may be for us in holding onto these limiting beliefs and how we might overcome them, in order to achieve what we want in our lives. I think we were all in agreement that the impact is a negative one, blocking us from taking action and Mikaela stressed that having an awareness of these beliefs is the first step towards overcoming them.

We discussed our personal journeys in more detail in pairs and I know at least a couple of us had ‘penny drop’ moments, which was a great reminder to me of how sometimes a fresh perspective can open your eyes to something you think you’ve already explored every angle of.

Although I have attended some introductory life coaching sessions previously (and therefore had already explored some of the content we covered), I still found discussing this in more depth valuable. Another reason I wanted to attend is that I’m keen to build up experience of working with different life coaches, understanding their styles etc. I feel Mikaela asked some really valuable questions, interjected in discussions at useful points in order to give feedback or reflect on something said, and she has a natural warmth about her. I thoroughly enjoyed myself, it was great to meet so many like-minded women and I’m looking forward to the next session.